Hollie Orr, winner of the JOK Chasing Sprint at Birsemore in 2014

On The Red Line The World Orienteering Championships (WOC) come to Scotland in 2022 and, with forest and sprint championships alternating, they are for the sprint disciplines. Sprint Scotland (20th-23rd June) - see the impressive international startlist - and the JOK Chasing Sprint on June 28th in Callendar Park Falkirk, are both significant competitions on the way. The great appeal of the chasing sprint as a spectator event is the winner is the first to cross the line. And the name? "JOK" stands for Jesus Orienteering Klubb, the orienteering club for alumni of Oxford University. Their emblem is a pig with wings. Thanks to "Porky" for this preview.

Many of our top racers will be in action at this 25th year of the JOK Chasing Sprint, held in conjunction with the BBC Scotland TV programme The Adventure Show who plan to broadcast live.

Back in the 1980s, elite orienteering meant classic distance.

The JOK Chasing Sprint was the groundbreaking event that first introduced high quality short course and head to head races to the UK. The World Championship disciplines introduced in the 1990s have since evolved from short to medium to sprint, but JOK's prologue + chase forest format has stayed the same.

It is a two-race format. First is the prologue, a traditional time trial format. And then it is the chase, with start times determined by performances in the prologue, and the first across the line in each class is victorious.

This year features a combination of forest and parkland orienteering with the added spice of live TV coverage of the race. In a small tweak to the format, competitors will start the final at intervals of no more than 10 seconds, the fastest from the prologue starting first. The winner, as ever, is the first to cross the finishing line. The Chase is an intensely tactical race: can you afford to lose map contact to stay with or catch a group? Do you try to drop the competition early; kick with a kilometre to go, or tuck in hoping for glory in a final sprint? 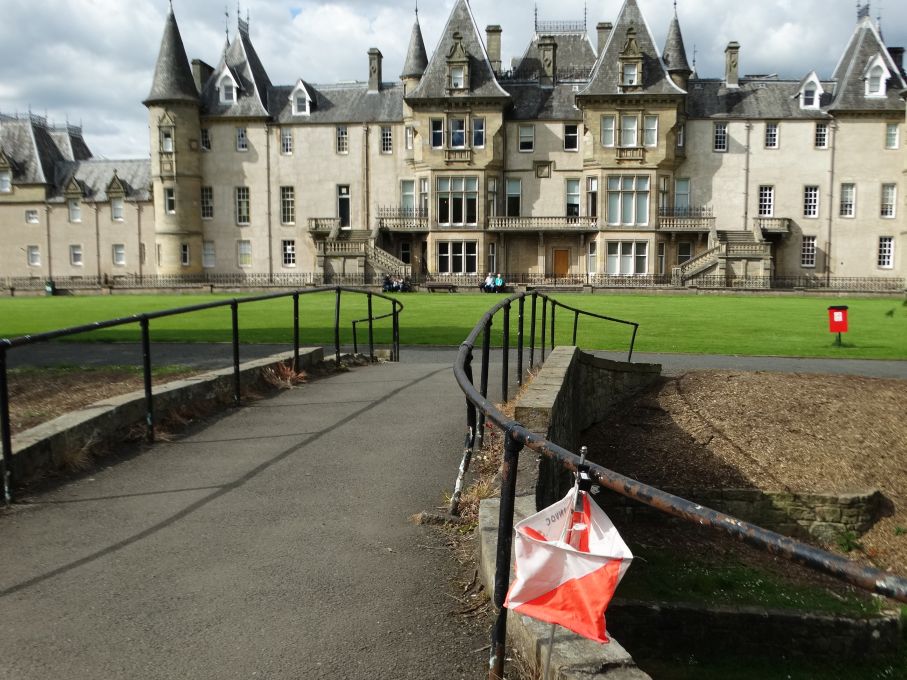 The venue is Callendar Park, Falkirk. The Park itself is contoured parkland with a number of interesting features including a loch, Callendar House, and part of the (Roman) Antonine Wall. Rising above it to the south is Callendar Wood, varied woodland with a good network of paths and trails.

The Adventure Show plans to broadcast this year’s chase for BBC Scotland live between 7pm and 9pm. 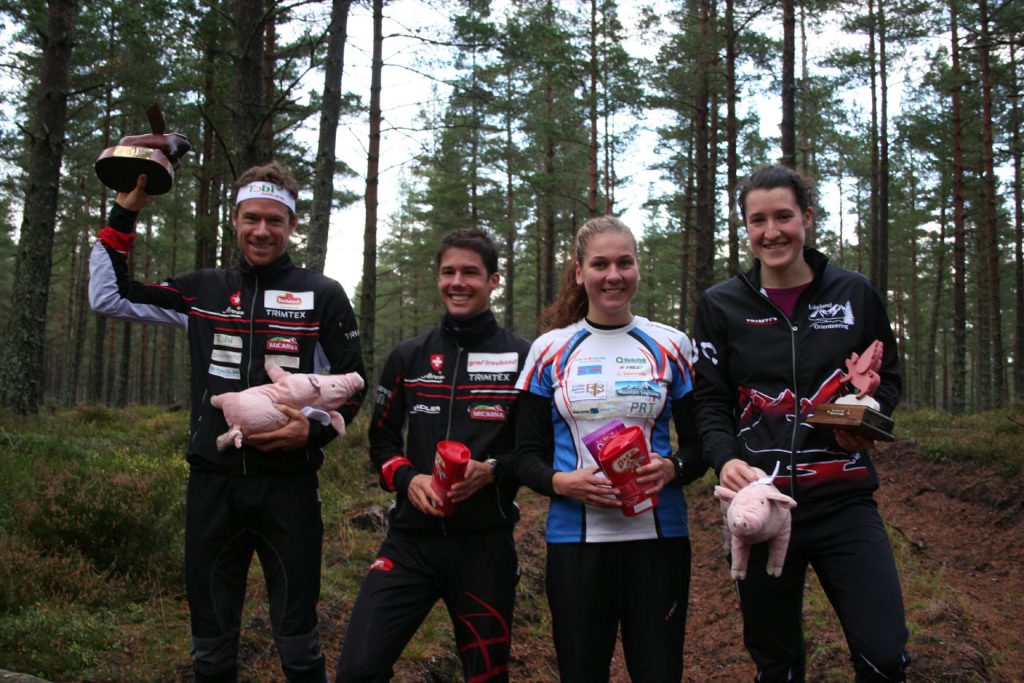 The prizewinners in 2014 at Birsemore on Royal Deeside

The event kicks off with the junior elite races. Among the junior women is ferociously fast Pippa Carcas (Interlopers), whose crowd-pleasing sprint at the JK relay this Easter left the men's elite national champion in her wake. Pippa may be dangerous in a sprint,  but across the whole course she will still have to out-navigate her Interlopers teammate Mairi Eades, returned from a stint down under as coach to the New Zealand junior team. Caitlin Irving (West Cumberland) may be the fastest of the English contingent (she won the Northern Championships back in March.) But really, anything can happen.

The junior men sees local boy Peter Molloy (Forth Valey Orienteers) starting as hot favourite. Pete turned down the chance to run at the European Youth Champs to concentrate on the Junior Worlds (JWOC).  But the Chasing Sprint has been a breakthrough race down the years, and Scottish Champion Sam Griffin (Grampian Orienteers) will be looking to make it one for him too, and add another title.

The women's race features Scotland’s two greatest female WOC runners, Helen Bridle and Claire Ward, from rival Edinburgh clubs Edinburgh Southern and Interlopers, alongside current US internationalist Alison Campbell (Badenoch & Strathspey), the only athlete at the event already selected for this year's world championships. Against these well established stars are a group of younger student athletes, including Scotland's Lindsay Robertson (Edinburgh University) and Grace Molloy (Forth Valley), England's Niamh Hunter (West Cumberland) and Wales' Fay Walsh (Edinburgh University). It would be a brave man who tried to pick the winner.

The senior men's race has perhaps the strongest field of any event in the UK this year. Kris Jones (Forth Valley), Britain's leading athlete in recent years, makes his first individual appearance of the season, but will face stiff competition from former World Champion Graham Gristwood (Forth Valley), and World silver medallist from 2013 Scott Fraser (Interlopers). The British senior and M20 champions, Alasdair McLeod (Airienteers) and Alasdair Pedley (Edinburgh University) will surely be up there, along with British Student Champion Jonny Crickmore (Edinburgh University). Also Scottish Champion Jamie Stevenson (Forth Valley) and Murray Strain (Interlopers), the first man to collect the full set of long-middle-sprint-relay British Titles. But, just as in the Womens race, this may be the chance for the under 20s to shine. Their ranks include athletes like Alastair Thomas (Edinburgh University), the last man to beat Jones, and Freddie Carcas (Interlopers), whose most recent visit to Callendar Park saw him take the National Cross Country title by over a minute. And we can be sure JOK members will be rooting for our clubmate, and 2018 British Champion, Peter Hodkinson (Nottinghamshire). It would be a brave woman who tried to pick the winner.