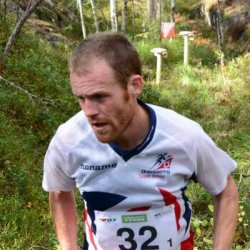 I am now settled near Oslo in Norway with my wife and young family. I trained as a furniture maker, then became a joiner, which is what I now do full-time. My Norwegian club was Lillomarka, and is now Bækkelagets SK. I have been pleased over the years to introduce many other British internationals to Norway.

I grew up with EBOR and Yorkshire Juniors, running three JWOCs, and after a year with Interlopers returned to run with EBOR when in the UK. I joined the GB senior squad in 2004 and have run in eight World Champs. I have a top 10 result as I was in the relay team that came 9th in Hungary in 2009.