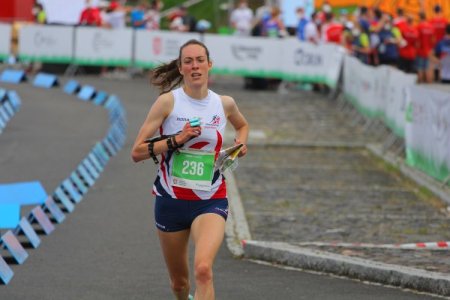 The 2021 Nokian Tyres World Orienteering Championships (WOC) took place in Czechia, from 3rd - 9th July. The event centre was the small tourist town of Doksy north-west of Prague. The competition included races in Sprint, Sprint Relay, Middle, Relay and Long formats. There were extensive COVID protocols in place, and the pandemic meant that not all countries took part with the size of team that they normally would.

It was a very successful competition with excellent organisation and planning, and very good television coverage.

There were thirteen athletes and four officials in the British team. Five of the athletes were newcomers to WOC, the other eight all had experience in at least three previous champs..

Alice Leake and Megan Carter-Davies achieved top-6 podium places in individual races; Alice coming 4th= in the Sprint and Megan 6th in the Long. The sprint relay team of Alice, Megan, Ralph Street and Peter Hodkinson reached the podium with their 6th place.

Grace Molloy in her first World Champs was 12th in the Sprint, 25th in the long, and ran first leg for the Women's Relay team (2nd leg Jo Shepherd, 3rd leg Megan) who came 7th.

Other individual top-20s were Peter Hodkinson 14th in the Sprint, and Ralph Street 18th in the Long.

Full results of the competition are in IOF Eventor - WOC2021. 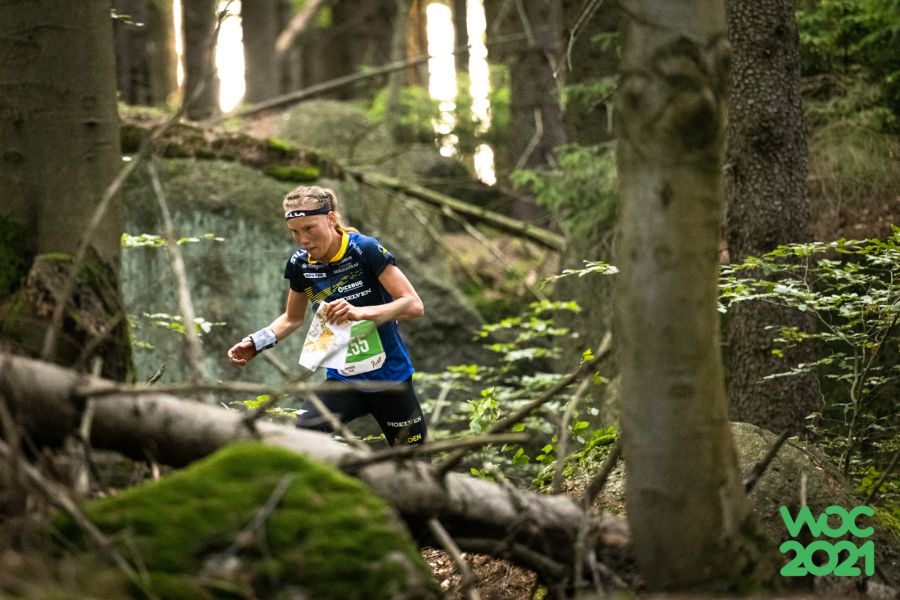 Tove Alexandersson of Sweden won five gold medals, competing in all events and winning them all. Kasper Fosser of Norway competed in all events and won a gold and three silvers. His gold was for the men's long where he caught the eventual silver and bronze medallists. Simona Aebersold (Switzerland) won four medals, and was 4th= (with Alice) in her fifth event.

In nine races there were 27 medals. They were won by Sweden (8), Norway (7). Switzerland (7), Others (5). 7 of the Swedish medals were gold - they won all the relays, Tove won the three individual Women's races, and Isac von Krusenstierna won the Sprint. Norway had 1 gold, 4 silver and 2 bronze; Switzerland 1 gold, 2 silver and 4 bronze.

Finland did not take a medal this time, but three countries apart from the traditional orienteering powerhouses did: Ukraine (Ruslan Glibov in the middle), New Zealand (Tim Robertson in the Sprint) and Denmark (Maja Alm in the Sprint).

( Russian athletes entered the competition as a neutral team, and competed in the relays. )

In the Shadow of COVID 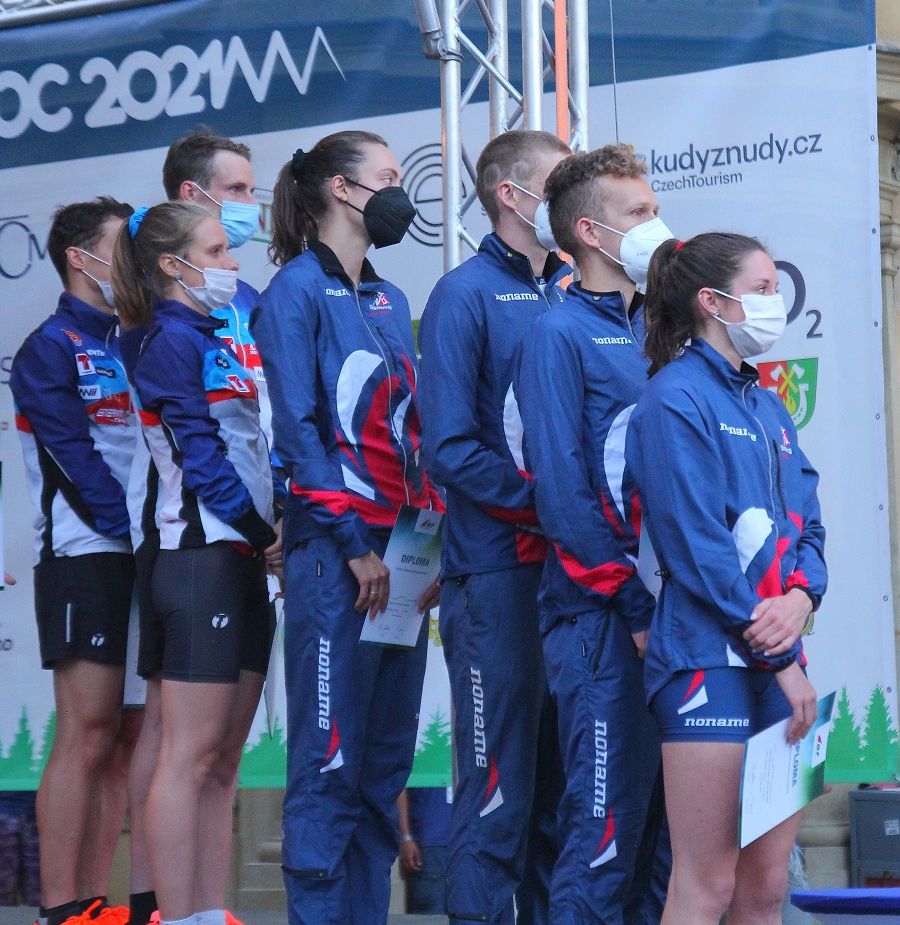 The Championships took place with COVID a major consideration..There was a storm of special regulations and protocols during and before the competition for organisers, runners and spectators. Thanks too to the organisers for adding Sprint and Sprint Relay races to the original forest championships.

Alice's fourth place is the second highest place by a GB runner in the WOC women's sprint. Heather Monro won bronze in Japan in 2005. Notably Alice was just 2.5% behind the winner's time, 4 seconds behind the bronze medal winner.

Megan's sixth position in the women's long equals the achievement of Cat Taylor in 2015. The only GB woman to have achieved higher posiions in the WOC Long is Yvette Baker (Yvette Hague before she married.) 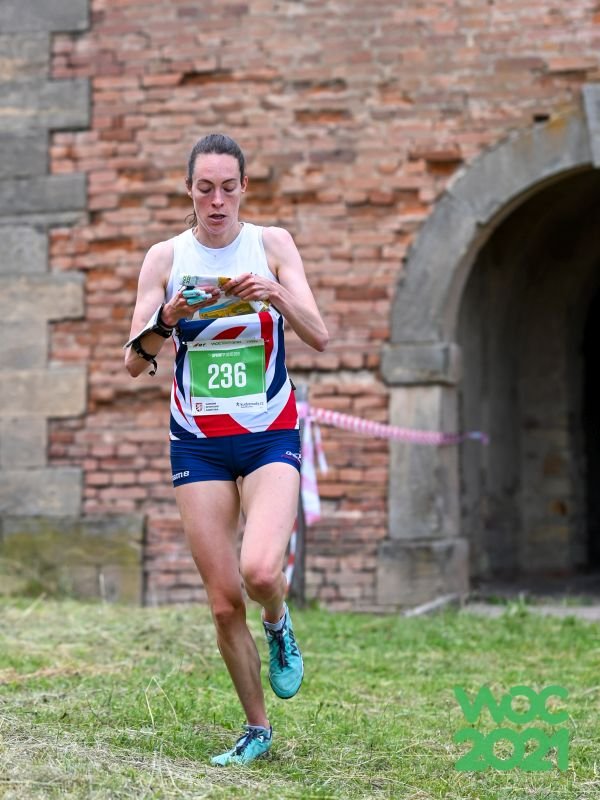 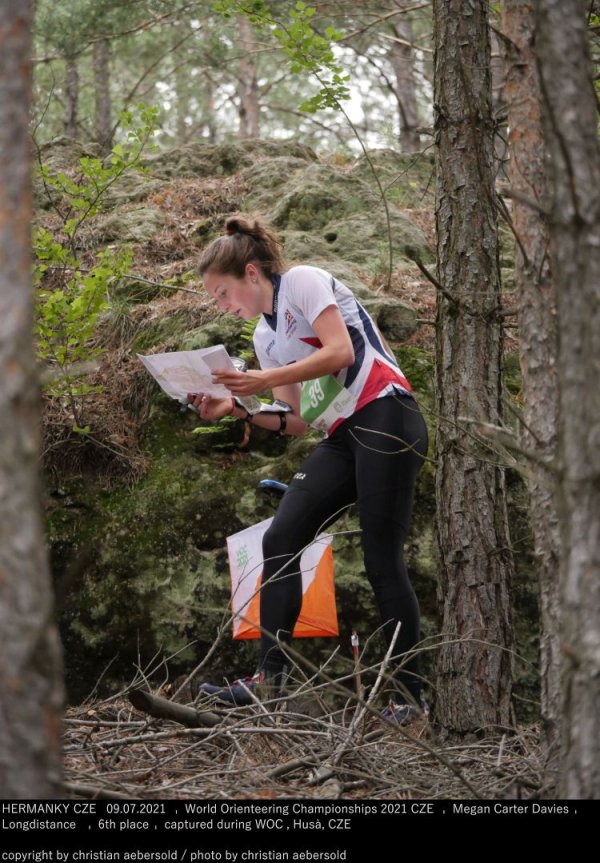 Competitors and watchers were fulsome in their praise of the planning, and in particular there were several occasions where strong selection and execution of route choice allowed athletes to really shine.

There is one moment we will pick out as an example. It's quite early in the sprint relay, control 5. Imagine you're a first leg runner. It's three years since the last WOC Sprint Relay. What has your coach said? Three teammates will run after you, and as is cruelly observed "first leg can lose it but can't win it". It's going quickly: there have already been two gaffles, and of course you don't know when the next one is. You're in a pack behind the exceptionally fast leaders

. Everyone ahead, a dozen runners, streams downhill in the direction of your next control, and you see a better route that initially is a bit backwards, how confident are you to do what nobody else has done, that is so hard to do. Hats off to Hanna Wisniewska. WOC Sprint Relay Leg 1 GPS. 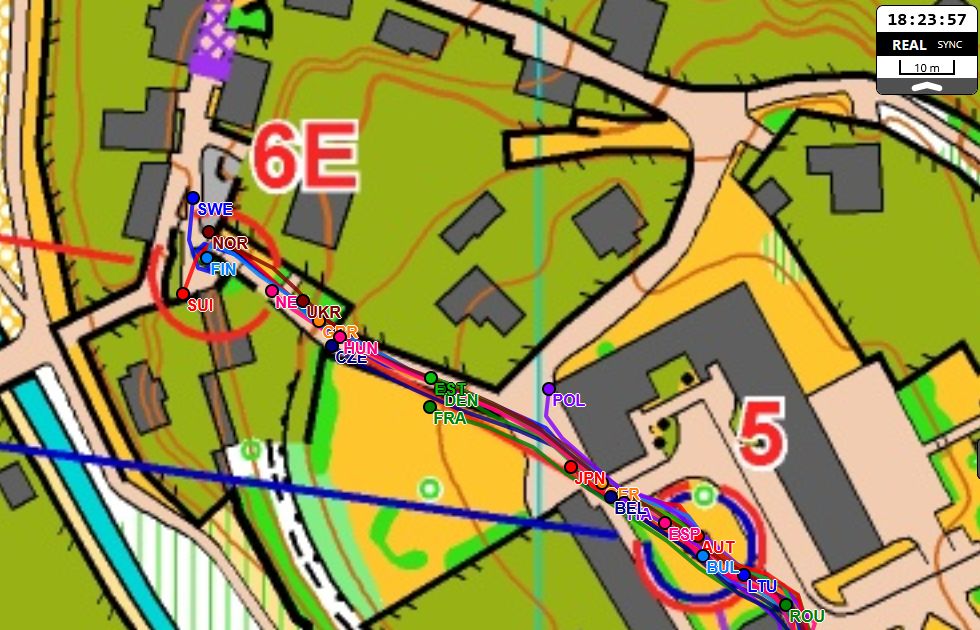 A still from GPS tracking in the Sprint Relay: 1st leg, decision out of control 5