Switzerland 1 and Switzerland 2 contested the gold medal, and with only the first team from a country counting for prizes, Switzerland 2 didn't get a medal for coming second.

A sprint finish for silver was won by Sweden from Denmark. GB1 were 11th (7th country - the others ahead were Norway, Russia and Finland) and GB2 were 17th.

The gold was decided between the very strong Switzerland and Norwegian (World Champions) teams. Olav Lundanes kept Daniel Hubmann at a safe distance on the final leg.

The French took the bronze, and the Czechs came fourth.

Kris Jones (GB1) was first back from the first leg, and Peter Hodkinson kept up with the fastest teams for nearly all the second leg, ending 4th (3rd country.) From leg 3 Ralph Street brought the team in 6th (5th country.) 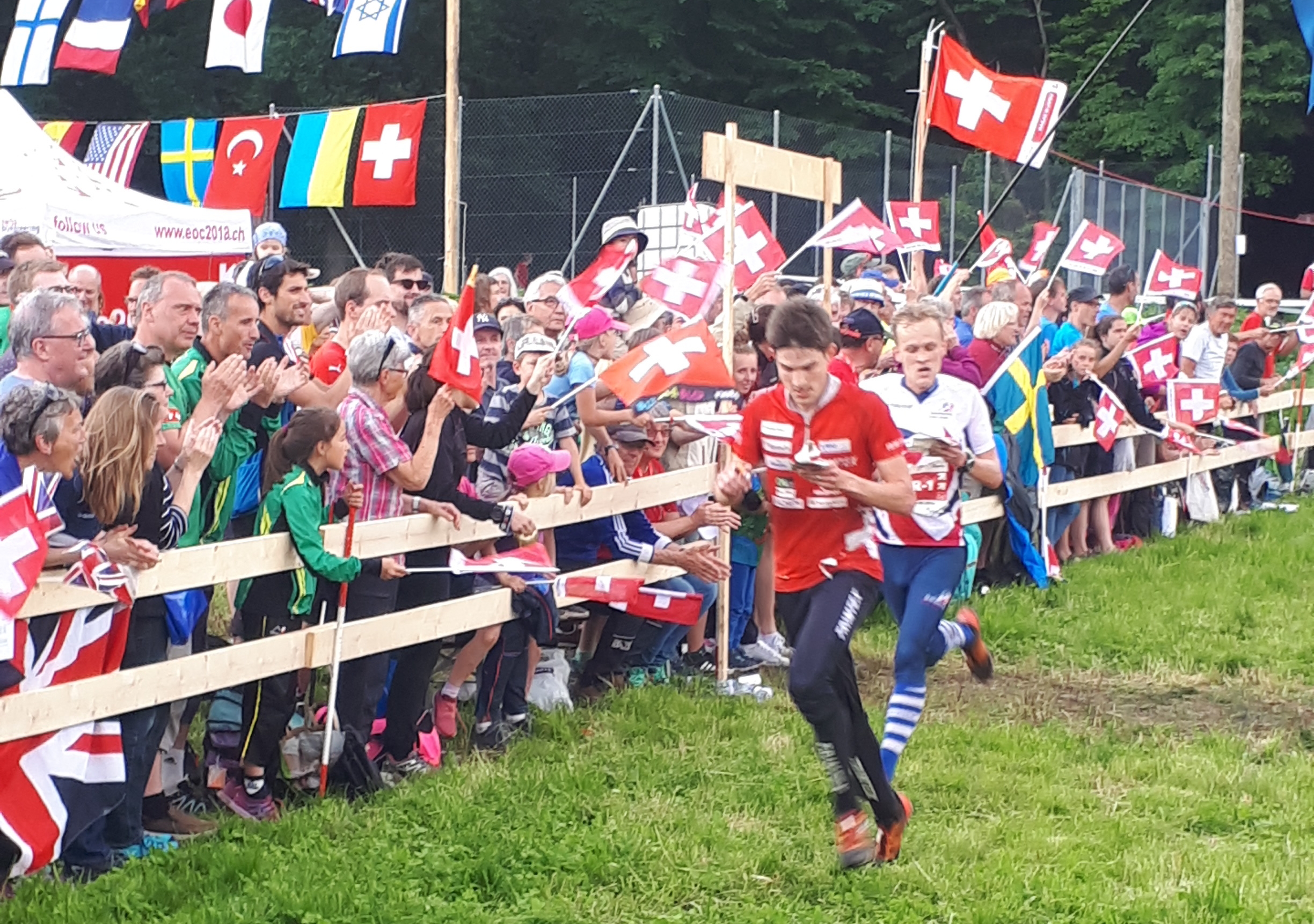 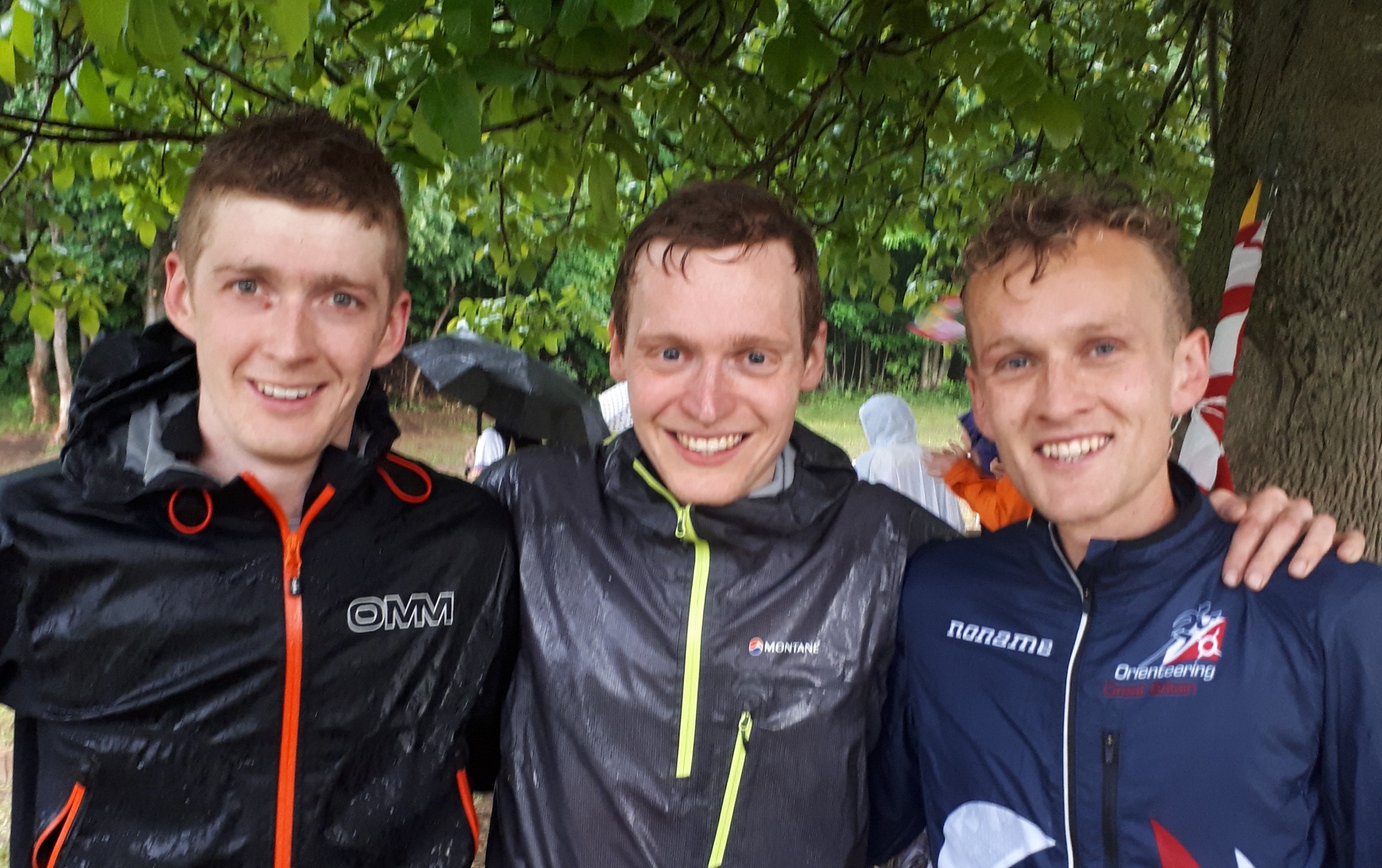