GPS - all legs, both relays

There was again an online broadcast of the races, with English commentary.

photo: from the TV broadcast, Kris Jones about to lead off for team no 6, Lillomarka. They are 6 as that was the club's position the previous year.

The terrain was very complex in places and runners, even on the top teams, were often seen losing significant time, particularly in the dark. Overall running times were quite a bit longer than forecast in the programme.

Kris was one of five GB runners in the Lillomarka team. He had a good run, coming back 20th, 1:47 behind the fastest time on leg 1.

Lillomarka were, however, one of several low-numbered and favourite teams not to do well enough on the first three legs to get in the front groups (borrowing a joke from the commentary; there were two groups: one of 26 teams, and one of OK Linné) that formed at the front during the "long night" leg. Rasmuss Andersen of OK Linné finished on his own 10 minutes ahead of a "train" of 26. Teams from these groups took the first eleven places, at the end of the whole relay after six more legs. The biggest name "failing to catch the train" was team no 3, Södertälje-Nykvarn OF 1, but the teams for whom Hector Haines (team no 8) and Alan Cherry (team no 12) were running the long night also missed, so Hector and Alan were navigating in small groups further back. Long night GPS - note that not all teams carry tracking.

Hector Haines was interviewed after his run and it sounded like he did significant train-driving.

Alan Cherry writes about his experience of the long night. 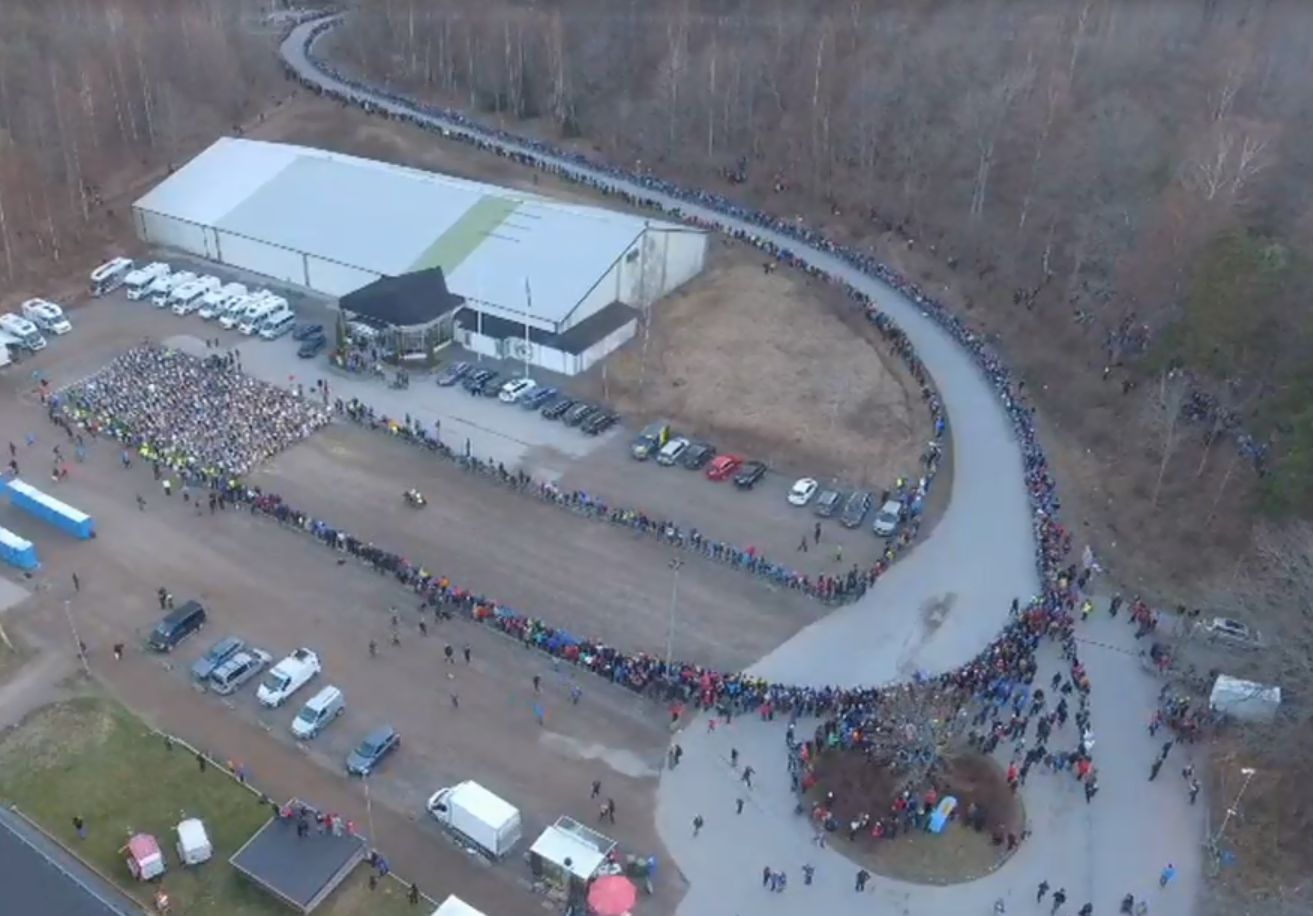 photo: from the TV broadcast, the open race about to start.

There were exactly 1000 teams entered in the five relays: youth, women's, open.