Fiona Bunn is one of five newcomers to the GB Senior Squad. Credit: JWOC2019 Denmark.

The GB 2020 Senior Squad was announced at the end of January, news somewhat buried by the departure of the UK from the European Union on the same day.

On The Red Line We add our congratulations to the newcomers, and we thank those leaving for their contribution in previous years.

There are 24 athletes. 18 are based in the UK and six in Scandinavia. 15 of them have run at a World Championships. Coincidentally, 24 was also the size of the initial squads announced for 2018 and 2019.

It is an achievement to be invited to join. It brings cachet. It doesn't of itself bring any financial benefit though; there is no official squad training, and it is not referenced in the selection policy. Membership may help provide evidence on the policy's additional criteria, such as commitment to a positive team environment, but it is not the only way to do that. The GB international teams can and often do select non-squad athletes. Graham Gristwood ran the long at last year's World Championships. 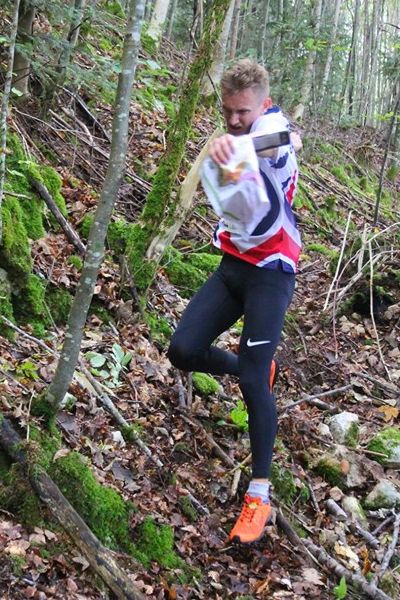 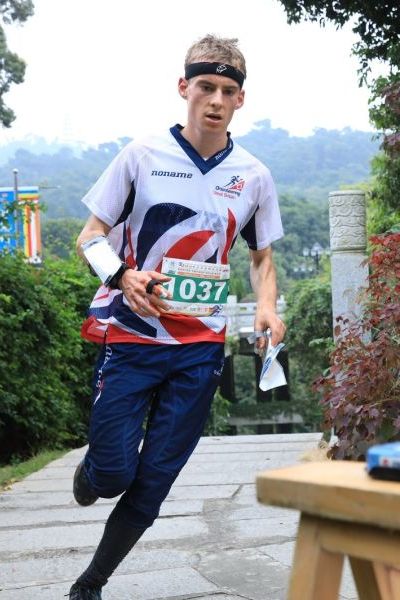 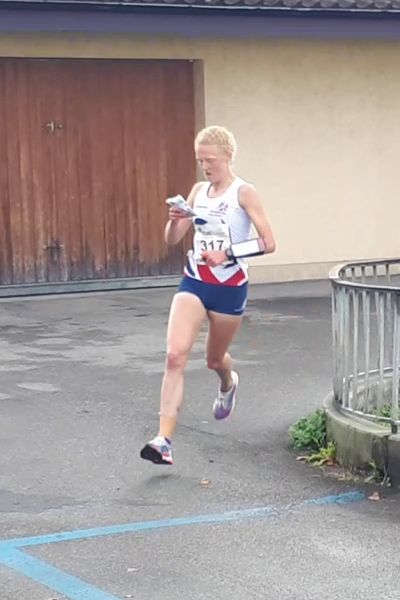 Cecilie Andersen, World Cup Round 3 2019, by On The Red Line

Cecilie won the British Middle Distance Championships in 2018, and was second in last year's JK Sprint and British Long. She ran World Cup Rounds 3 and 4 in 2019. IOF Record. 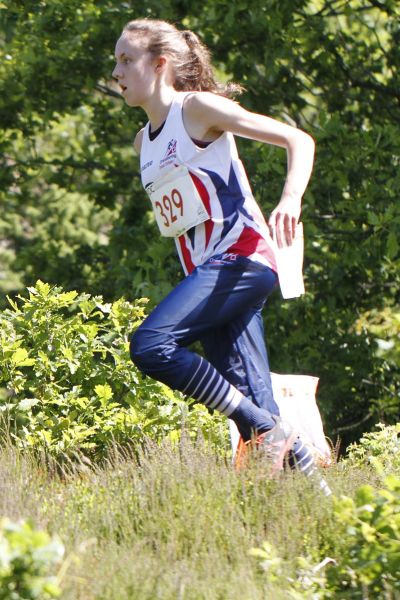 Fiona ran the four JWOCs from 2016 to 2019. At her final one, last year in Denmark, she won the silver medal in the middle distance, and was second leg for the gold medal winning Women's Relay Team. She is the British Long Champion in W20 for 2019. 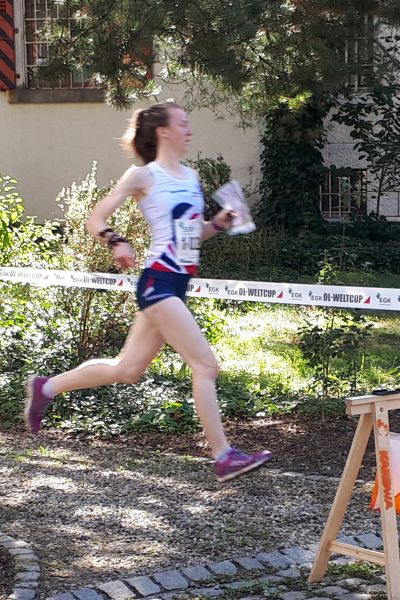 Sarah was second in last year's British Middle Champs and third in the British Long. She also has several relay medals from the JK and British. She ran in World Cup Round 3 last year. IOF Record.

Three runners not joining the squad this year have all run several times at a World Championships.

The current British Long Distance Champion (and British Relay Champion with Airienteers), has run three World Champs including the long at his home World Champs in 2015. Ali won the JK in 2018, and is currently fourth in the National Rankings.

On The Red Line Ali has been very helpful and supportive of this website since we set up two years ago, and we thank him for that. You may remember one of our favourite notes: that he did a Park Run on the day of his wedding in 2018, in quality company.

Some orienteers were seen at last week's Harrogate #parkrun Story: https://t.co/8kfOv5N5tv Best wishes for the future to Alasdair and Bryony from @OnTheRedLineO pic.twitter.com/swru0CqjXU

Incidentally Ali has the 14th fastest time for the 650+ times the Richmond Park (South-West London) Parkrun has happened. It was supposed to be a gentle warmup before other training and video prototyping (what later became the "Get Up To Speed" series), but there were some fast guys from Hercules Wimbledon A.C. to keep company. 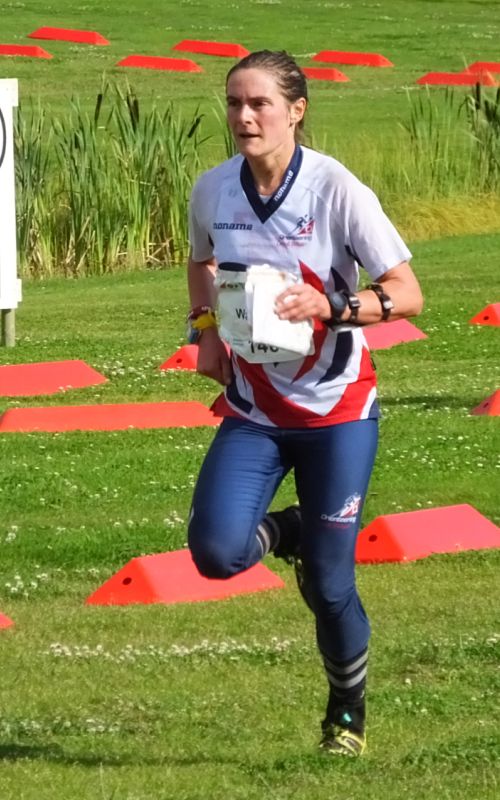 Charlotte has run the World Champs Long Race four times achieving 25th to 38th. She has also run the middle and relays, and was part of the team that took the GB Women back to Division 1 with their results at last year's World Champs.

Hollie Orr at the World Champs in Estonia, by Maprunner

Hollie has run at seven World Champs, most recently Estonia in 2017 where she was 16th in the long, 32nd in the middle and part of the forest relay team that came 7th.

She was in the winning Venla team in 2016 with Halden SK.

She missed the Overall JK title in 2018 by 2 seconds, as her margin in winning the long was not quite sufficient to make up for 5th in the middle. On The Red Line Report.

In 2020 it is the first Sprint Orienteering World Championships, with Sprint Relay, Individual Sprint and the new Knockout Sprint. Denmark host, from 6th - 11th July, with the racing in Kolding, Fredericia and Vejle.

You may like our news item from last September about selection for the British Teams at the internationals.

By their nature the links in this part of the article are liable to have their content change and/or become out-of-date. Our text reflects the situation in February 2020.

As you will understand the main orienteering countries have significant money for international competition and Britain (where in any case National "performance" funding is targetted at winning Olympic medals) doesn't. The British athletes do truly find their own way.

The Development team has seven runners.

Note the size of the organization.

The "next-generation", under-25 team is twelve strong.

The next level, "RDA", has 13 runners, and there are five runners in an under-23 group.

There are nine runners in the groups A1 and A2: four women and five men. They are: A1: Ursula Kadan, Robert Merl, Gernot Ymsén, and A2: Anja Arbter, Matthias Gröll, Mathias Peter, Laura Ramstein, Matthias Reiner, Anna Simkovics.

There is a development group of eight runners.

The senior team has 25 runners: seven women and 18 men.

There is a World Class Group of 5, and an elite group of 12.