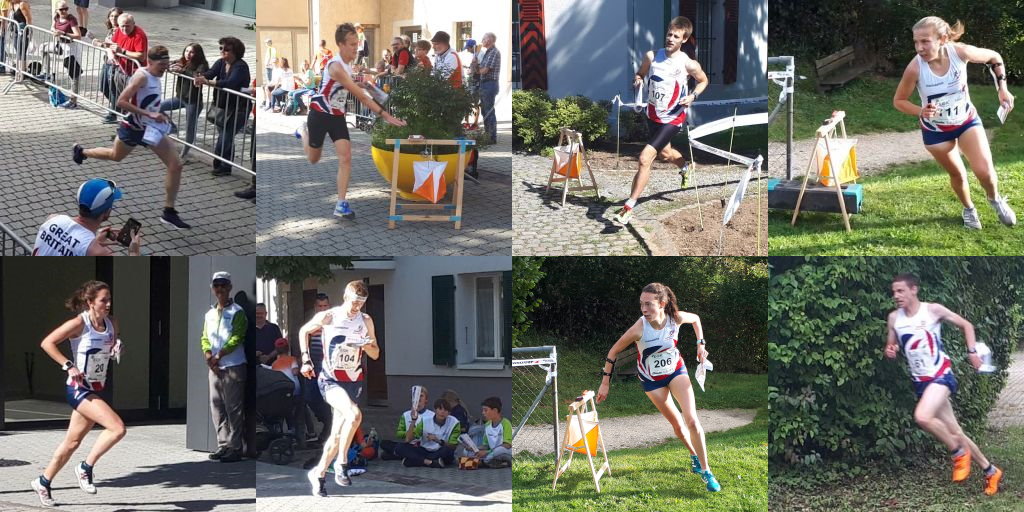 The pandemic has made clear there are important things bigger than any sport. Health, wellbeing, work, travel, weddings, family visits. Gosh, it even stopped professional football and reduced how much it was in the news.

Those for whom orienteering is a big recreational interest felt quite a sense of loss, as planned outings and trips were cancelled, and events didn't happen.

And so midsummer 2020 passes with no Jukola. There were no events in the spring. The 2020 international orienteering programme has been lost to the pandemic.

The cancellation of the international programme was particularly hard on the top international sprint-focused orienteers, as they had "waited" through 2019, a year with no World or European Champs in the sprint disciplines. And with the pandemic, with another cancellation for 2021, none were scheduled for 2020 or 2021 either.

Several GB squad athletes were in this position. They are mainly focused on the format and they were on track to be at the top of their game this year.

The recent news about next year's international programme, namely that (fingers crossed) there will be major international sprint orienteering at European and World level, is therefore very good.

These have been difficult times, and continue to be so for many. There have been some compensations for some people: some have worked from home and liked it. There was sharply reduced car traffic, and few planes flying, which was good for noise and air quality. There has been more cycling, and more people out on foot in open spaces. One comment on the pandemic is that for some it has been a chance to see further, and the perils of climate change seem more to the fore as a result.

If these championships in central Europe do happen we wonder how many athletes will fly, and how many will travel by train (as some notably did for World Cup Round 3 in Switzerland last year)?

Many thanks to the Swiss and Czech organisers for taking on much extra work:

World Cup Round 1 (Switzerland, May) will include Sprint Relay, Sprint and Knockout Sprint and be the European (Sprint) Championships.

The World Champs (WOC), in Czechia in July, will add Sprint Relay and Sprint to the three forest formats. (They will be like a pre-split WOC such as in Latvia in 2018).

In 2021 the World Cup will consist of three rounds: Switzerland, Sweden and Italy. The World Champs are not included.

Switzerland organised the last European Champs. They were in 2018 and included conventional sprint and sprint relay (and forest races). Kris won the individual sprint bronze and the sprint relay team were in contention, finishing sixth in a close finish.

We saw at World Cup Round 3 last year that in international competition GB is stronger at sprint than at forest orienteering.

The World Rankings are not the definitive answer on relative strengths, but they give an indication. As of 1st March, there were eight GB athletes in the men's and women's top 50s for sprint orienteering, compared to four for middle/long (forest.) (One has since dropped out of the top 50, not having a full quota of counting races. There are another eight athletes in positions 51-100.)

All eight are members of the current squad. All are experienced and arguably close to their prime, and they probably could all have contended for top places at the 2020 WOC if those championships had happened.

News item here have noted that many recorded strong results through the winter - high places on the roads and in cross-country, and personal bests over distances. That's indicative of great physical shape and smart training.

They are all also experienced - as we know experience is a big factor in orienteering. There was justifiable optimism for this season.

From a team point of view it would be great if all or at least most keep it going into 2021. Will they?

To keep their level they'll be working through a training plan pretty much every day, and finding the motivation for that year after year with other things going on in life is not easy. And then there's significant work needed on the technical skills. You may have seen some of this with the Lockdown activities, but keeping up also often involves the cost, time and effort of travel. For those who run both forest and sprint how do they manage a schedule in 2021? Injuries can happen. And what will be done about selection?

Our understanding is the European Champs will invite entries from federations for up to 6 men and women for each of the individual sprints (conventional and knockout) (plus personal places for defending champions) and a single sprint relay team. That suggests a large team from GB. Both individual days are big, with athletes running multiple times, so there will be a lot going on.

The World Champs will be up to 3 places in each conventional sprint, plus the sprint relay team. So that's probably just six runners, 3 men and 3 women.

Of the eight athletes pictured only one, Megan, will be under 30 when WOC is in Scotland in 2024. Both 2022 Denmark and the "home championships" 2024 Edinburgh, are great targets for developing athletes. Look for younger athletes to start working from now on plans to try and make next year's European Champs team (and do well there!)