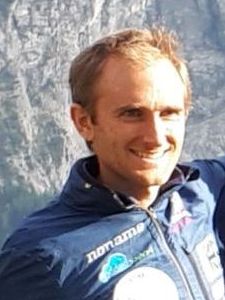 Sprint Scotland has three sprint races this weekend with all but one of the British WOC team sprinters running. They are joined by some of the best in the world, two weeks before the World Champs. All the races have World Ranking (WRE) status.

(The British WOC team sprinter not in Scotland is Megan Carter-Davies. She is in Finland.at the World Universities Championships.)

Thursday and Friday before the racing offered sprint coaching in the day and a Q&A and talk in the evening.

This is a good match for WOC, in that there the sprint qualification and final are the first competition day, and the sprint relay is the day after. The Sprint Scotland organiser is even thoughtfully offering a simulation of quarantine.

Kris is giving a talk on Saturday evening and Chris is Sunday's planner.

They are joined by some of the best known names in the orienteering world in Maja Alm of Denmark, Yannick Michiels of Belgium (giving Friday evening's talk) and Øystein Kvaal Østerbø of Norway.

Many of the Danish and Norwegian National teams runners are also in Scotland.

Maja has thirteen World Championship (WOC) Medals, including the last three WOC sprint golds. At last year's World Champs Denmark took the silver in the sprint relay, with Maja, Cecilie Friberg Klysner, Andreas Hougaard Boesen and Tue Lassen. All are are in the startlists this weekend. World-of-O illustrated report of the WOC 2017 Sprint Relay.

IOF article on specialisation in orienteering, with comments, and a couple of nice photos, of Yannick. A Danish National Coach also comments on the trend.

In the recent European Championships the Sprint Relay bronze was won by Norway. Three of the team are here: Oystein, Sigrid Alexandersen and Andrine Benjaminsen. The fourth member of the team, Trond Einar Moen Pedersli, is at the World Universities. He won the silver in the sprint race yesterday.