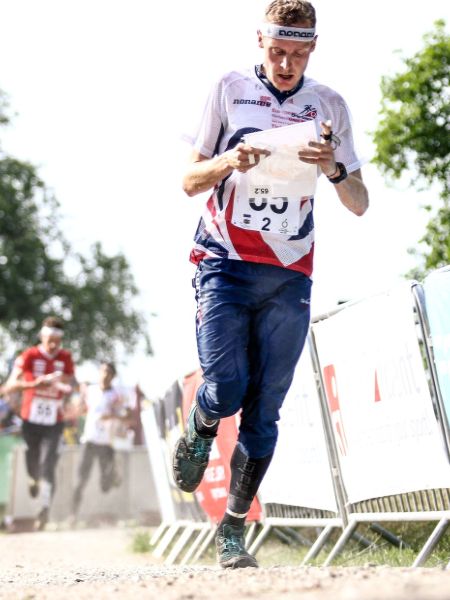 On The Red Line Comment. Most years the JK Middle is arguably the most competitive domestic race. This is because of the quality of the terrain, map and planning, the quality of the field (and that they are all going 100%) and the timing with regard to selection. This year the men's field has all the top runners from the UK ranking list (Alasdair McLeod, Will Gardner, Peter Hodkinson, Jonny Crickmore) an experienced international based in Norway (Matt Speake) plus a proven world-class international coming back from injury (Graham Gristwood). The Women's field has top runners from the UK ranking list (Megan Carter-Davies, Alice Leake) experienced internationals based in Scandinavia (Jo Shepherd, Jess Halliday, Charlotte Watson) and a proven world-class international coming back from injury (Cat Taylor.) And by the way It's one of three forest races in the UK this year with World Ranking status. As many will know the JK was in South Central England in 2013, again using Cold Ash for the long race, when the overall winners were Matt Speake and Cat Taylor.

Kris Jones is not running the JK this year. He is currently recovering and training in Albuquerque, New Mexico. So we will have a new men's champion. Kris wrote about his injury for "Fast Running".

Kris provides his thoughts about the racing, and bravely predicts which of his fellow GB athletes might take the wins. 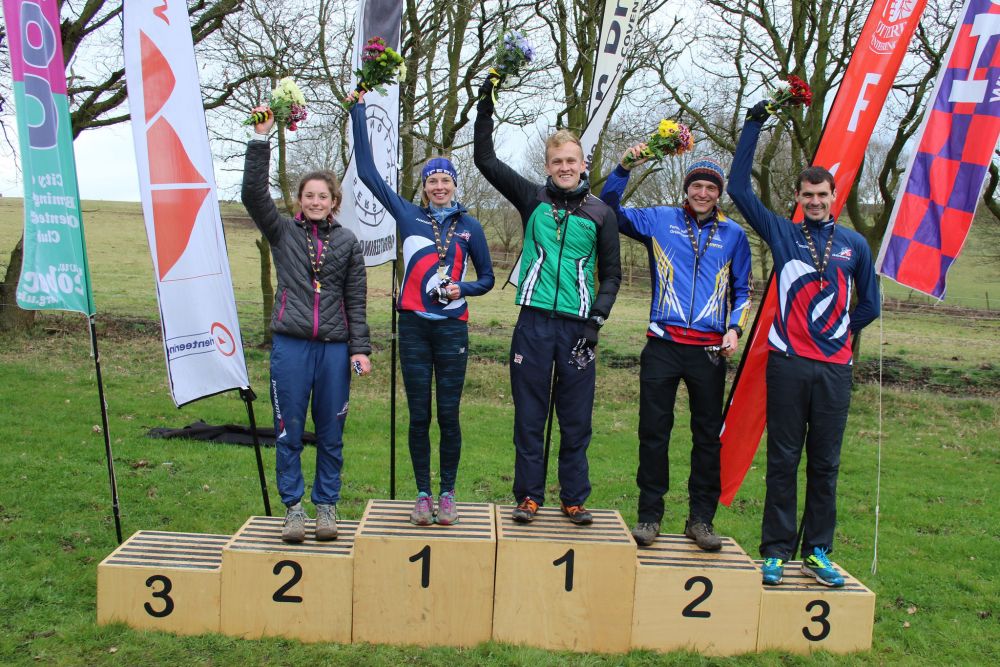 With the sprint still not included in the overall standings, the JK Middle is the first chance for those with an eye on taking the prestigious JK title. This year, the middle distance takes place at Old Windmill Hill, now predominantly an army training area. The area has several distinct parts; a flatter bushy area in the north near the arena, a hilly section in the middle of the area and another flatter, but predominantly open forest area in the south near the canal. Fences, or the canal in the south, may provide challenging route choices, however, the JK Middle is often characterized by changes of direction and tricky control sites, forcing the victors to find the balance between speed and accuracy. The relatively low number of controls, 21 in the Women's race and 25 in the Men's, could suggest that route choice may be a more significant factor this year.

Since the JK sprint is not included in the overall JK standings, a few runners often choose to skip it to focus on the overall competition. That may be even more prevalent in future as the World Championships splits into a biennial format, alternating between sprint and forest disciplines. This year is the first 'forest-WOC' and many athletes will have less of a sprint focus because of that. Of the athletes who are skipping the sprint, Peter Hodkinson is the name that stands out as Peter has run sprint at World Champs three times, always reaching the final and with a best result of 13th. Matthew Speake, Graham Gristwood, Charlotte Watson, and Jess Halliday also skip the sprint distance, but would probably consider themselves forest specialists regardless of the split in the World Championships.

Whilst the JK Middle is prestigious in its own right, it is important in the context of the overall title as finishing positions in the middle distance determine the starting positions in the JK Long. Groups will form over the long distance, and these groups could be important in the context of the overall results. As such, seconds in Saturday’s middle distance will be important. I expect both men's and women's races to be close run affairs.

Jess Halliday (last year's JK overall winner) and Charlotte Watson will both be contenders in the women's Middle-distance race, although last year’s winner, Cat Taylor, will be eager to defend her crown. The fast, easy running of the forest may suit an athlete who is equally adept over the sprint distance, and Megan Carter-Davies will also be a threat to the top of the leader board. Jo Shepherd is another name to watch out for and she will be looking to put down a marker ahead of the World Championships in her adopted home of Norway. Jo's Halden SK clubmate, New Zealander Lizzie Ingham, may also put up a challenge for the podium positions.

The women's race will likely be a close-run race, and I would expect the men's race to be no different. The favourite is probably Graham Gristwood, who will be eager to stamp his authority on the domestic field after a year out struggling with injury. He will have to be at the top of his game however, because there are several guys who will want to ensure that Graham's return to elite domestic racing is not as smooth as he would like. Matthew Speake, who has been based in Norway for many years, Peter Hodkinson, Alasdair McLeod, last year’s overall winner, and British Universities Champion Jonathon Crickmore could all contend for the win. William Gardner and Ben Mitchell have been running well domestically and could step up to take the win against a strong field. Sprint specialist, Chris Smithard, 3rd overall in last year’s JK, could also challenge the forest specialists.